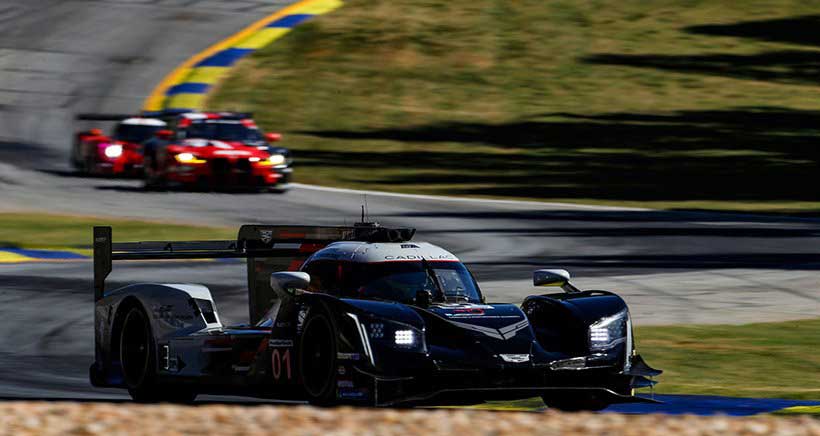 The fastest lap of the first three hours of practice for the race that will decide the championship went to a team that isn’t involved in the battle but has a point to make nonetheless.

Sebastien Bourdais’ late lap was the fastest Thursday during the second of two daytime practice sessions in preparation for the 25th Motul Petit Le Mans at Michelin Raceway Road Atlanta. A third 90-minute session was slated for Thursday night.

That led to a discussion in the pits among the three drivers about how their Cadillac handled as Bourdais prepares to qualify the car Friday and van der Zande gets ready for the closing stint of Saturday’s 10-hour race.

The No. 01 Cadillac won at Long Beach, Detroit and Canadian Tire Motorsport Park this season but enters Petit trailing the leaders by 152 points.

Instead, the championship is down to two Acuras. The No. 10 Konica Minolta Acura ARX-05 co-driven by Ricky Taylor, Filipe Albuquerque and Brendon Hartley leads the No. 60 Meyer Shank Racing with Curb-Agajanian Acura ARX-05 shared by Tom Blomqvist, Oliver Jarvis and Helio Castroneves by 19 points.