Originally set for Oct. 6-9, the date change of this classic endurance event is the result of an IMSA schedule adjustment following the Automobile Club de l’Ouest’s (ACO) announcement of a revised date for the 2021 24 Hours of Le Mans.

All five series of competition that were slated for the four-day festival remain on the revised schedule. This includes the IMSA WeatherTech SportsCar Championship that headlines the iconic 10-hour Motul Petit Le Mans, the IMSA Michelin Pilot Challenge that competes in the FOX Factory 120, IMSA Prototype Challenge, Idemitsu Mazda MX-5 Cup Presented by BFGoodrich and Porsche Carrera Cup North America. This new date will include a live, three-hour NBC network television window.

“We’ve experienced the staunch support of Michelin Raceway Road Atlanta many times over the years, including twice in a period of less than two months last fall,” said IMSA President John Doonan. “This year, those loyal fans will wait a few weeks longer than normal, but with five IMSA-sanctioned series closing out their respective championships – capped by a thrilling 10-hour battle for one of endurance racing’s crown jewels in the 24th Annual Motul Petit Le Mans – it will be more than worth the wait.” 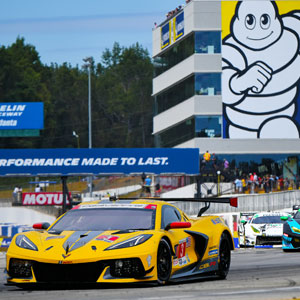 The Motul Petit Le Mans will continue its traditional position on the IMSA WeatherTech SportsCar Championship schedule, as the final race and holds the strong potential to be the championship decider for multiple classes within the highly competitive series.

“While global circumstances continue to have an effect in so many ways, we’re happy that our track calendar allows us the opportunity to make this change,” said Rick Humphrey, president and general manager of Michelin Raceway. “It may not be our customary date, but it is great to continue as the season finale and to give our fans something to anticipate. History shows that Motul Petit Le Mans is always worth the wait, this year that wait will just be a bit longer.”

Tickets and parking previously purchased will be honored for the revised event dates and are on sale now for the November weekend. Hospitality packages for the Podium Club in the Michelin Tower available for purchase beginning March 22nd.

14 Oct
Atlanta Historic Races
4 Nov
SCCA ARRC
11 Nov
CLASH Endurance Atlanta
We use cookies to understand how you use our site and give you an awesome experience.
By using our site, you acknowledge that you have read and agree to our Privacy Policy and Terms of Use.
I ACCEPT